Birth of the Project

As a student, I loved above all the social life the school could offer, mostly during recess. If I was interested in a class, I would pay attention, participate, and sometimes do my own research on the subject because I thought that what we were learning in class was not enough. On the other hand, there were some subjects I wouldn’t get interested in and the 50 minutes of instructional time would seem endless and a waste.

There were also a few subjects I wish were offered at school like cooking/nutrition, psychology and drama. Fortunately, my parents were able to pay for and even encouraged activities outside of school.

During high school, I decided that I would become a teacher because I had always aspired to make the world a better place and because I loved vacation! I’ve always been convinced that this ambitious first goal could be partially worked on in the Public School System.

When I was in college, studying to get my bachelor’s degree in Primary Education, my mother offered me the book “Summerhill: A Radical Approach to Child Rearing” by the educator A.S. Neill.

The book is about the school he started at the early 20th century, initially for kids with behavior issues. In this school, the kids are free to be themselves, make their own decisions about their learning and also have a word to say in the management and organization of the school. He also develops other aspects, such as freedom, religion, sexuality, good manners, etc. That book changed my life.

When I graduated, I immediately applied for a job at Summerhill, unsucessfully. I joined the conventional school system in Belgium, and in the US afterwards. I would read a lot about child-centered education and try to implement some ideas in my classroom. It resulted in more frustration than satisfaction. I was trying to give the kids more freedom of choice, not use a punishment/rewards system, and do projects meaningful to the kids but I still had to make sure I was covering a boring and overloaded curriculum, filling out paperwork to justify the work I was doing, preparing the kids for standardized exams, respecting unnatural schedules, and not annoy my colleagues and principal by running things differently.

I’ve always disliked the school system, as a student and as a teacher, even though I could enjoy some aspects of it. To me, School should be a place where we build the Society that we want and where we learn how to live with people from different backgrounds. Unfortunately, the conventional school system is a reflection of our current broken Society and it simply perpetuates inequalities and problems that we are experiencing oustide, in the “Real World”.

After 7 years of teaching, I was fed up and decided to take a year off to travel, learn new stuff and visit schools that were offering an alternative pedagogy. I visited Sudbury schools, democratic schools, arts centered schools in Brussels, Sao Paulo, Austin, and NYC and finally got to do a three week internship at Summerhill in the UK.

All of these schools were quite small (less than 100), had a very positive energy, rich interactions between the staff, the older and the younger students. Some kids would be very involved in more traditional learning classes while others were very busy playing or running their own projects. I started designing my own school based on all these visits and the readings I was doing.

After that year of enlightening experiences, I decided to move back to New Orleans and, with my new friends Anne and Katie on board, I started working on the project of a school that would give the students the opportunity to be themselves and to choose what, when, and how to learn. In 2015, after a visit of the Agile Learning Center in NYC, we decided to rally their network.

Staff and Board of Directors

Originally from Belgium, Marion moved to Louisiana in 2008 to teach in French immersion schools. After a year living and teaching in a small town in the countryside, she moved to New Orleans and has considered it home since then. A life-long and avid learner, she has traveled to many countries and visited schools that practice Self-Directed Education in different parts of the world. Marion is passionate about social justice, anti-oppression work, and environmental sustainablility but also dancing, making crafts, and building stuff. She gets involved in many activities in the city around these topics.

On behalf of Dat School, Marion is a 4.0 Schools Tiny Fellowship alumna. For more info, read Birth of the Project.

Brooke Lindsey Kimbrough is joining the ALCNO team after serving as a nationally renowned speech and argumentation coach for 7 years. Brooke has worked with young learners of diverse racial and economic backgrounds to research a litany of topics; from the historical implications of the US government’s military intervention, to the healing power of mindful breathing and meditation for historically marginalized communities. While Brooke has experience in academic researching methods, she equally values (and is comfortable conducting) untraditional quests for knowledge. Particularly in consulting the archives of literature, folklore, and oral stories to piece together marginalized perspectives with recorded history. Brooke is also a poet, fiction writer, painter, and dancer who believes creative expression is a crucial part of getting in touch with the version of herself she is becoming every day. She also has a very cool and tough Chihuahua named Invictus. 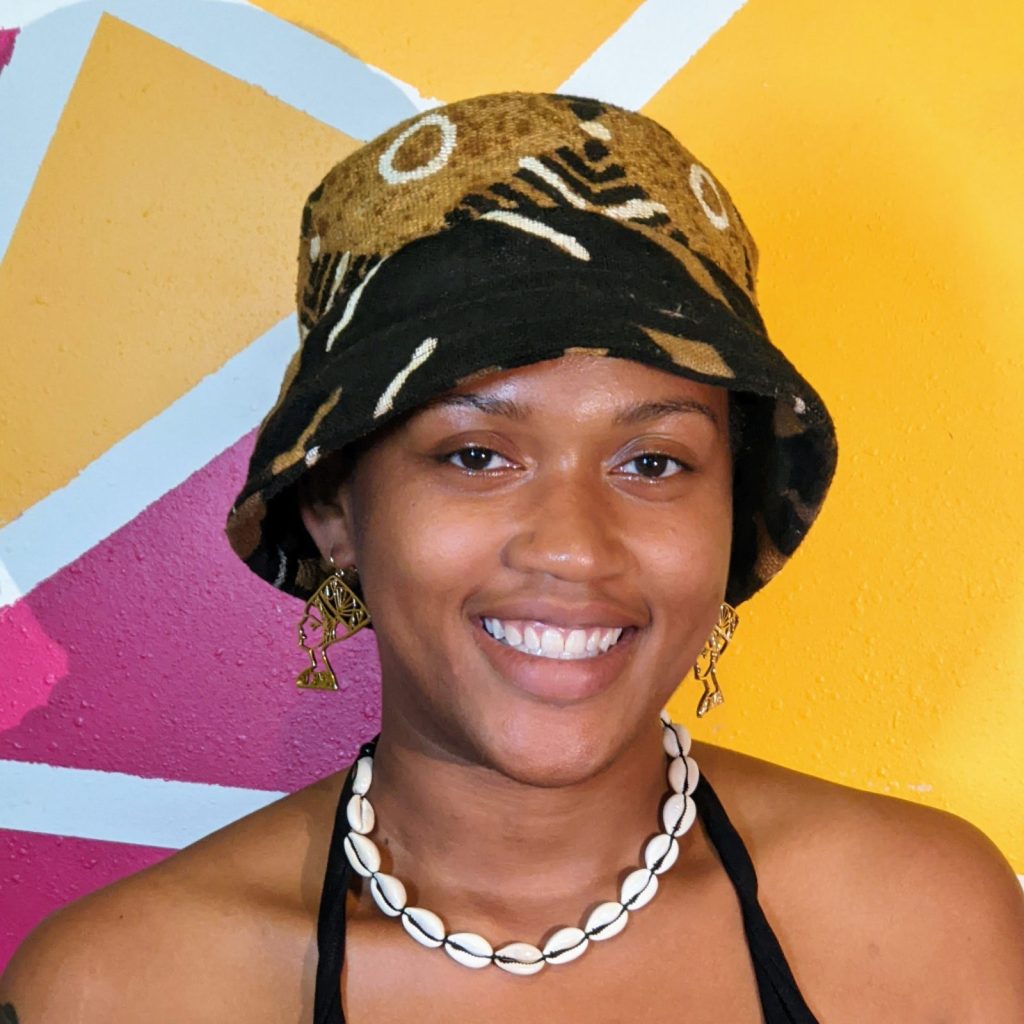 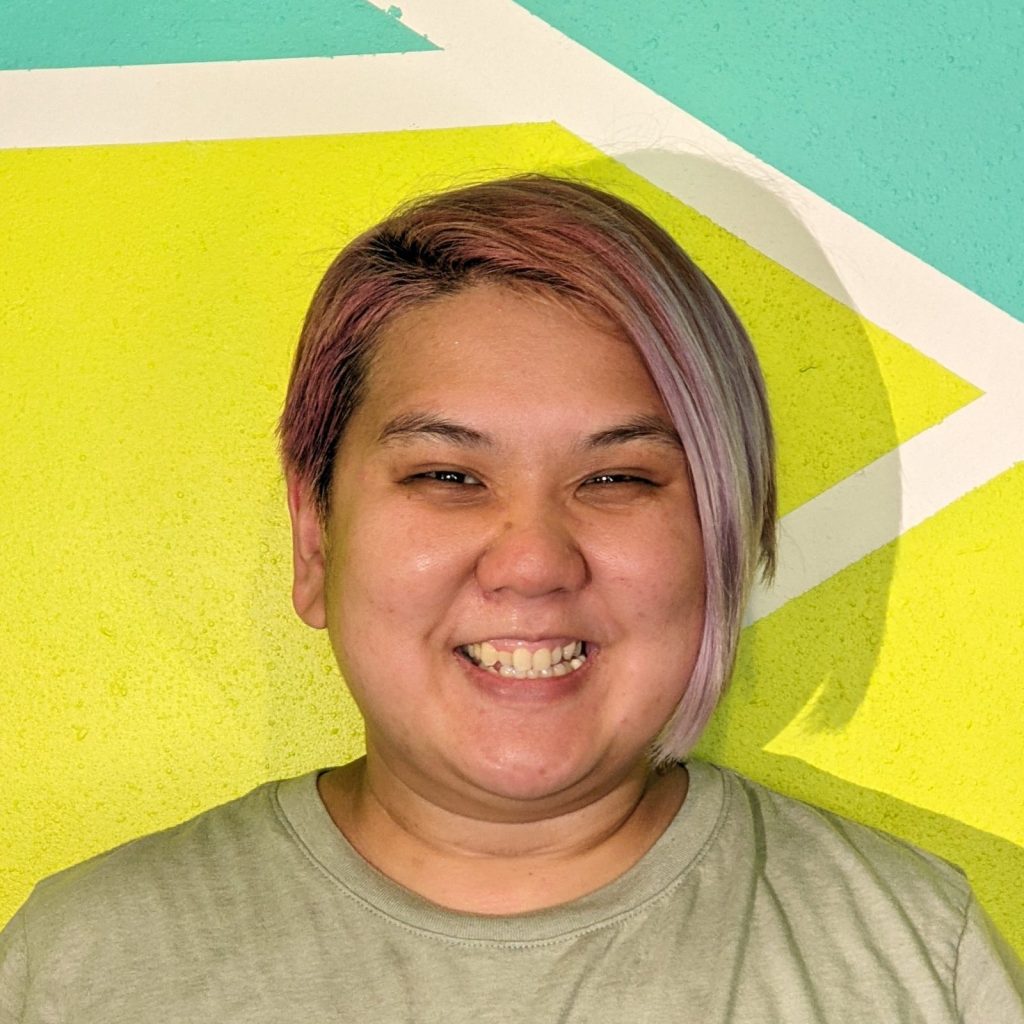 Ami is a community-centered creative who loves to connect with others through acts of service. Ami believes that true change comes
from access and community.
She is excited to join The Agile Learning Center as the new Community Outreach and Social Media Coordinator. She comes to the Agile Learning Center as a serving member of Serve Louisiana by way of Northern Alabama but is a California native. Ami steps into every new opportunity with a care-focused mindset and a heart for those who are misunderstood. When she is not looking for innovative ways to build and uplift community, Ami is spending time with her chosen family, exploring her Vietnamese heritage, and creating art.
She finds joy in the simple and beautiful things.

Madi is a writer and she has been hanging out with young people trying to figure out how education could be a little less boring for 6+ years. She dove deep into many different avenues of learning in NYC—charter schools, private schools, democratic schools, agile learning centers, self-directed education, homeschooling coops, intentional communities. In that time she learned how to listen to people, in deeper ways than she ever had in her life. She learned how to trust peoples’ inner ability to direct their own learning/lives and how to recognize when she herself, other people, or systems of power enforced some doubt or questioning on a person’s own self-determinance. She's grateful to support the SDE movement by facilitating at ALCs, running pop up free learning groups like Flying Squads and campout weekends, and writing a blog on SDE spaces you can find here.


Warning: exif_imagetype(): stream does not support seeking in /srv/users/serverpilot/apps/lime-myenvisioncloud/public/wp-includes/functions.php on line 3263

Warning: exif_imagetype(): stream does not support seeking in /srv/users/serverpilot/apps/lime-myenvisioncloud/public/wp-includes/functions.php on line 3263

Freshly graduated with a degree in Elementary Education in Belgium in 2005, Anne started teaching that same year in Cairo, Egypt. After 4 years, she moved to Lake Charles, Louisiana where she worked in a public school as a fourth grade teacher. In 2011 Anne moved to New Orleans and has worked since then as a teacher within the conventional system. After giving birth to her son, looking at him growing up, full of energy and curiosity, it became an evidence that something else was needed. Anne decided to “be the change” that she wanted to see and partnered with her friends to create Dat School, now ALCNO! Her main goal is to see children growing up naturally happy!

Rhonda has been a leader in diversity and international education initiatives throughout her career. In 2007, she founded St. Louis Language Immersion Schools (SLLIS), a charter management serving an intentionally diverse school community with language immersion and International Baccalaureate pedagogy for all students. Under Rhonda’s leadership, the first three schools in the network became IB World Authorized Schools, and SLLIS achieved an AYP of 92%, equivalent to Accreditation with Distinction from the Department of Elementary and Secondary Education. Rhonda served as President of SLLIS until June 2015.

Rhonda is a Pahara-Aspen Institute Fellow and an Eisenhower Fellow. She completed her undergraduate studies in French and Secondary Education at Washington University in St. Louis and a Master of Arts degree in French Studies from New York University’s Institute of French Studies. Rhonda and her bilingual family live in her native Louisiana where she studies, performs, and occasionally teaches dances from the African diaspora.

Annie grew up in Washington, D.C., where she attended public schools. Annie received her Bachelor's in American Studies from UNC-Chapel Hill in 2005 and a Master's in Social Work from Smith College in 2009. She moved to New Orleans in 2009 and worked as a school social worker in the conventional school system from 2011-2022 until going to full-time private psychotherapy practice at Atlas Psychiatry in Fall 2022.

Annie believes that conventional schools are a microcosm of society - influenced by politics and societal pressures - and often re-enact harmful and oppressive power dynamics that are detrimental to healthy child development. Annie is passionate about equity and inclusion, prioritizing social-emotional learning, teaching critical thinking and decision-making skills, and promoting the power of play. She has worked hard to unlearn many things that she was taught in school and recognizes that this is an ongoing process.

Tom "Otis" O'Hara discovered the joys of self-directed learning shortly after becoming a first-time dad at the age of 48. The idea of children tapping into their innate curiosity to spearhead their learning resonated with him. In 2015 he, his TV producer wife Mary Beth, and his son Oscar decided to sell his Sports Memorabilia Business and hit the road as a family in order to travel for Mary Beth's job. They traveled throughout the USA non-stop for 4 years and the self-directed model of education dovetailed nicely with their "road school" lifestyle. As they journeyed, the family kept coming back for months at a time to New Orleans and eventually decided to buy a home here at which time they discovered ALCNO and enrolled their son Oscar.

Oscar (10) has flourished at ALCNO, relishing in his time with the other kids and is loving this new twist to learning by living. Otis is excited to be a part of the Dat School team and excited to bring his knowledge of being a full-time Homeschool/ Unschool parent to the Agile Learning Center model here in NOLA.

Originally from New Orleans Louisiana, André Allen attended Elementary St. Louis Cathedral in the heart of the French quarter. He then attended St. James Major and graduated from De La Salle High School. André served in the United Air Force for four years and went on to attend Tulane University. André works as an engineer and his passions are treating everyone with the respect they deserve, his family, road cycling, Brazilian Jiu-Jitsu, and the New Orleans Saints.